Set off on an exclusive trip to Scandinavia’s Arctic region and the North Cape. Endless expanses, snow-covered wilderness and absolute stillness are followed by majestic fjords, lined by cliff faces soaring over 1,000 metres high and crooked, jagged peaks.

This fascinating panorama will take your breath away, as will your training vehicle – the new Audi SQ7 TDI , whose performance characteristics speak for themselves.

In the Lapp village of Kilpisjärvi in the far north-west of the country, you will depart on a snow scooter expedition across frozen lakes and through snowy forests into Finland’s isolated snow desert. This is the perfect precursor to the tour’s incredible highlight – your trip to the North Cape, a slate plateau jutting out of the Arctic Ocean on the Norwegian island of Magerøya.

When you are standing on the edge of the North Cape cliffs, only the waves of the Barents Sea are between you and the North Pole. This is the most northerly place on the continent.

After a moment’s peace, enjoy the idyllic scenery on your way back to Kittilä. 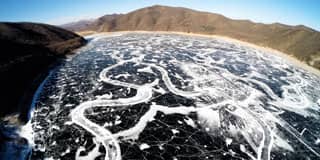 Explore Audi driving experience at its best side!